New York’s Hudson Valley Region and the surrounding valleys are filled with rich fertile soil farmed for generations. 1909™ Heritage Farms partners with these local farms for their quality of products and for their strict adherence to food safety guidelines.

In 1943, Frank Bulich herded the family’s cows up the railroad tracks, with his brother, to the farm his father John purchased. There they cleared the overgrown fields and converted the run-down barns to grow mushrooms. The Bulich Mushroom Farm continues to this day, operated by Frank’s sons Mark, Mike and Joe.

In earlier years, the Bulich mushroom Farm was one among many. However, as the years passed many farmers were put out of business by much larger mushroom operations, as they were selling cheap and imported mushroom caps. Fortunately for the Bulichs, second generation farmer Frank Bulich predicted the future for other mushroom varieties. So under his sons Mark, Mike and Joe, the farm expanded from producing only white bottom mushrooms to an array of different types. This move ultimately saved and allowed for them to become one of the last commerical mushroom farms in New York State.

Third generation brothers Mark, Mike, Joe and their families have dedicated their lives to farming. Bulich Mushroom Farm prides itself on the fact that it uses absolutely no sprays or chemicals. The mushrooms are grown under organic conditions. Their mushrooms are all grown indoors, thus enabling their farm to achieve high quality year round. With the help of only a few employees, the brothers hand-pick roughly four tons of mushrooms per day. Although the farm has now grown to over 700 acres, Bulich Mushroom Farm has always strived to produce nothing but the freshest and tastiest mushrooms possible. They currently cultivate white, crimini, portabello, oyster and shiitake mushroom varieties in varying sizes.

Known for the sweet corn, Kinderhook Creek Farm is located in Stephentown, NY and run by 3 generations of the Eckhardt family.

For the last 60 years, three generations of Eckhardts have “learned to dance in the rain” through floods and droughts; yet through hard work they have thrived. Their leadership roles in local and farming communities have provided generations with valuable advice. The third generation is waiting in the wings to share their ideas and implement new technologies to improve farming for the future…

In the 1950s, George Eckhardt was working at a small farm in Massachusetts until financial problems forced the owner to lay off employees. George, with a wife and three young children, put an ad in the RURAL NEW YORKER for a farm apprenticeship. The Weinberg farm in Stephentown, New York answered his ad. With $1000 dollars, a car, a couch and table, George moved his family in May of 1959 to the farm. Within 2 months of working on the farm, the owner died suddenly of a heart attack.

George, along with one of the owner’s sons, was quickly forced to run the farm. A partnership was formed with the son and later the farm was rented to George. When the owner’s wife passed away in 1977, George bought the farm. In 2003, George sold the farm to his son, Larry and his wife Heather. Larry’s sons, Matt age 30 and Andrew age 26, play active roles in the farm and will continue the legacy of Kinderhook Creek Farm. George, now 87, continues to work side by side with his son and grandsons every day on the farm.

Serving leadership roles for their local and agricultural communities is very important to the Eckhardt family. George Eckhardt was a past president of Rensselaer County Farm Bureau, Larry  Eckhardt was president of the New York State Vegetable Growers for 19 years, and both have served in various positions in their community. The Eckhardt’s knowledge is well sought out.

Family owned and operated since 1910, Szawlowski Potato Farms is situated in Hatfield, Massachusetts. Szawlowski Potato Farms prides itself on being one of the largest potato farms in New England, at an astonishing twenty-five hundred acres. The farm also purchases and packs many potatoes from growers across the country, including in Virginia, North Carolina, and Maine.

Szawlowski (Swaz for short) Potato Farms was born in 1910, when original founder, John Rupert Szawlowski emigrated from Poland and began farming in Northampton, Massachusetts. Twenty years later, his son Chester joined him and together they worked hard to increase the farm’s productivity. However, it wasn’t until the 1950s that Chester’s four sons: Frank, John, Chester Jr., and Stanley became responsible for their family’s business.

In 1972 the farm faced a life altering event. The city took seventy-five acres of their land by eminent domain and it was a tremendous loss for the family. However, due to this and the Szawlowski’s undeniably strong work ethic, the farm has completely transformed into the twenty-five hundred acre farm it is widely known for today.

Now, some of the farm’s many successes include; increasing its plantings to four types of high quality potatoes (Russet type, Red, Yukon gold, and Whites), creating the Szawlowski Farms Agricultural Foundation which gives scholarships to eight high school seniors continuing in the farming or agriculture field, and even implementing many forward-thinking projects, such as their solar energy powered packing and cooling.

Swaz Potato Farms is located 90 miles from Ginsberg’s Foods along the Connecticut River. Potatoes are available August through March depending on the growing season/weather conditions.

George Eger in 1931 started a 62 acre operation on a hillside outside of Hudson, NY.

George and Eger raised 14 children who spent their childhood learning every rock and tree on their hill. It was their playground, but they also learn about the hard work and dedication needed as a family for the farm to survive. They picked and filled fruit bins after school or spent time working the family’s farm stand.

Four of George’s sons; Mark, Ralph, Karl and James still manage the orchard and fields with help from two sisters. The farm now encompasses over 180 acres. Peach, apricot, pear, cherry, apple trees and numerous vegetables are harvested and sold at the family’s farm stand located near the corner of Blue Hill Rd and County Route 23.

The brothers are self sufficient when it comes to maintenance, harvesting, repairing wood crates and making cider. They do however, hire a few pickers and local kids to help out during harvest. They take pride in what they create and fix. This includes an expansive trellis system started in 1968 to train tree branches to maximize yields.

With maximized yields and not wanting to waste apples that were too small or lower than No 1 grade, Eger Bros expanded in 1973 with a cider operation. They grow not what is convenient, but what customers want, including the current apple varieties, Honey Crisp for eating and Northern Spy for baking. Using traditional wood field bins and apple crates, they sort and combine a variety of apples to maintain a consistent flavor of the apple juice before it is pasteurized and sold to distributors like Ginsberg’s Foods and stored as apple cider. The farm is 8 miles from Ginsberg’s Foods.

Fresh lettuce and onions are just a step away from Ginsberg’s, thanks to A. Gurda Farms.

The famous Black Dirt of Warwick Valley located in Orange County, New York was created at the end of the Ice Age.

When the ice sheet melted, it created a shallow lake that drained and left behind mangrove swamps rich in decaying

organic matter. In some places of the valley this sulfur and nitrogen rich soil was 30 feet deep.

Polish immigrants settled the area in the late 1800s, including great grandfather, Michael Gurda. With backbreaking

work, they cultivated the rich black dirt by clearing the land of natural vegatation and digging trenches for controlled

drainage. Grandfather, George Gurda and his five sons, helped grow the business into one of the largest produce farms

Farms and packer A. Gurda Produce. Andrew’s daughter, Michele is following in her father’s footsteps to keep the farm

a viable local business that is progressive in its machinery, packaging and marketing. The Gurdas maintain strict and

comprehensive safety certifications. They juilian date code a lot number on each label to provide traceability.

The rich soil is the ideal medium for growing a variety of vegtables, but it is best known for growing the most delicious 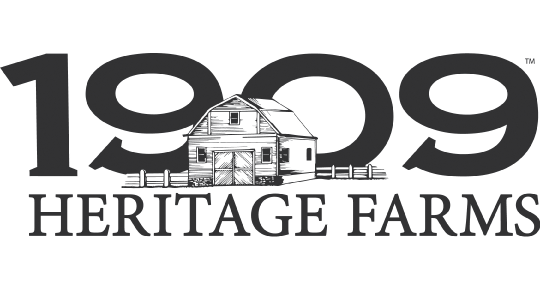